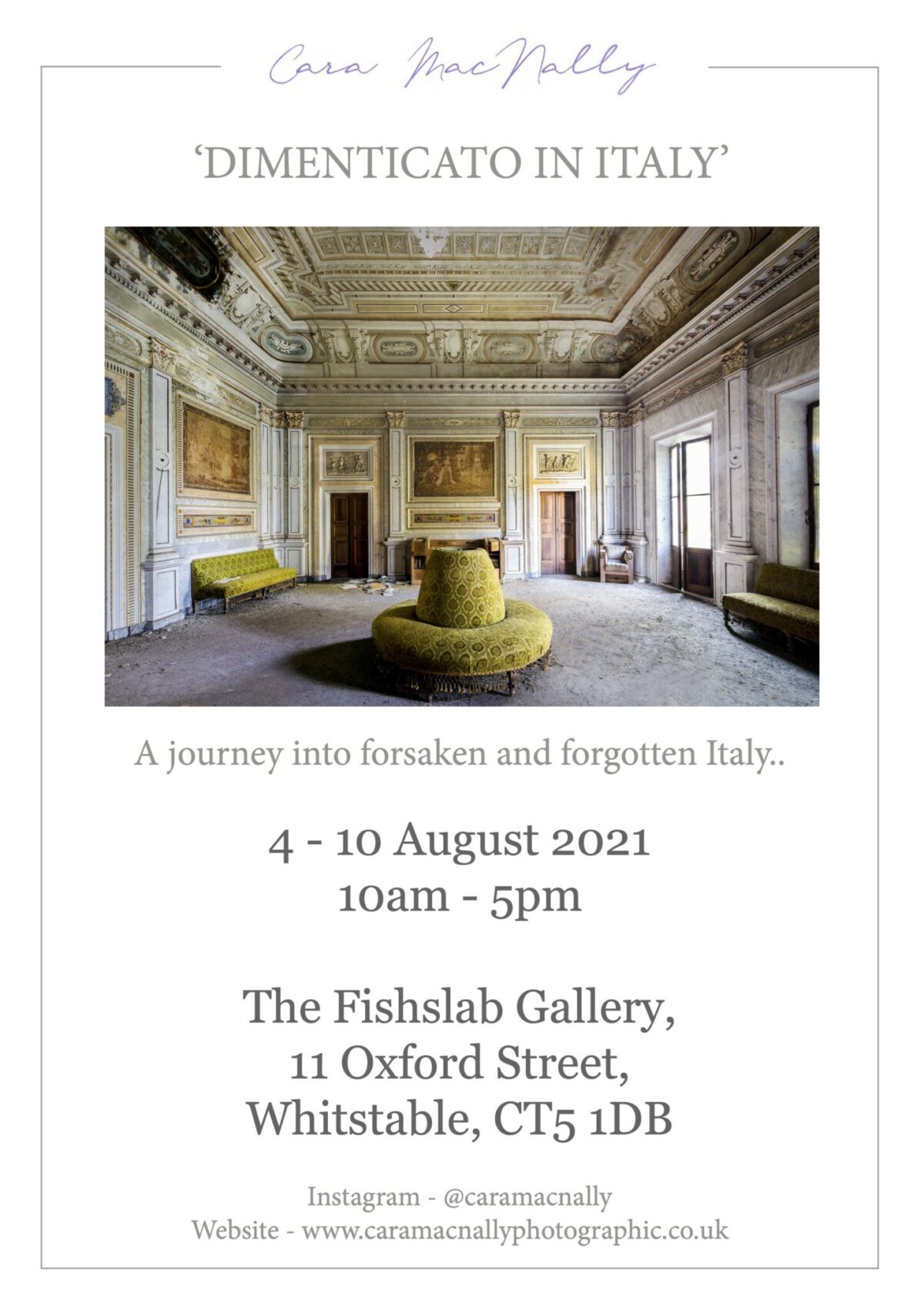 Cara’s practice focuses on overarching themes of deterioration. Through a variety of analogue and digital processes, she brings awareness to worldwide issues that touch each and every individual on both a personal and global level. She has documented stories relating to Deforestation, Architectural Abandonment, and Mental Health.

“This is my first ever solo exhibition and I am really looking forward to meeting visitors and other artists, being able to talk about my ‘Dimenticato in Italy’ series is something I am really excited about!”. 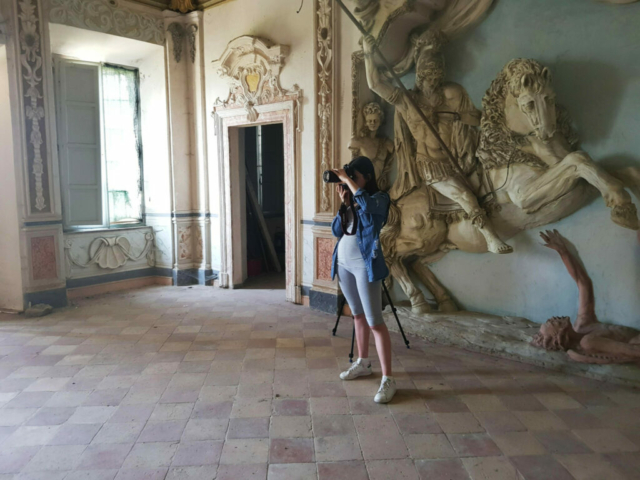 This series captured in 2018 explores decayed locations that were found in rural and urban parts of Italy. An unknown and forgotten beauty was hidden in these locations that have been left for significant amounts of time. 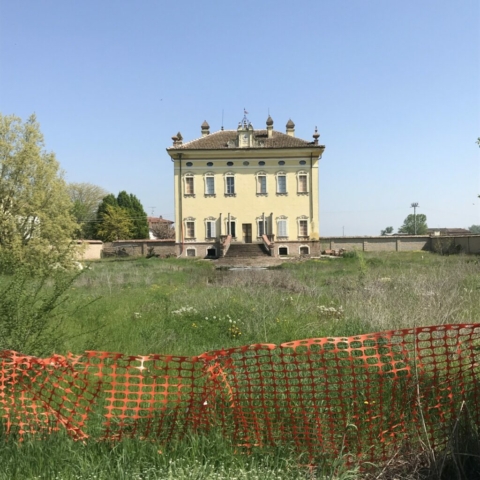 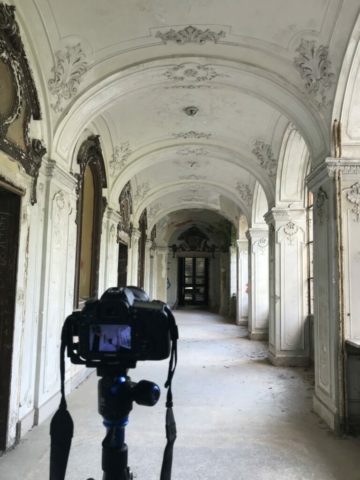 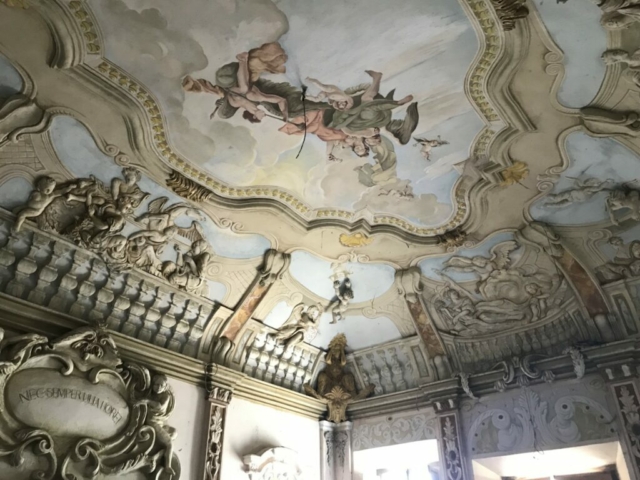 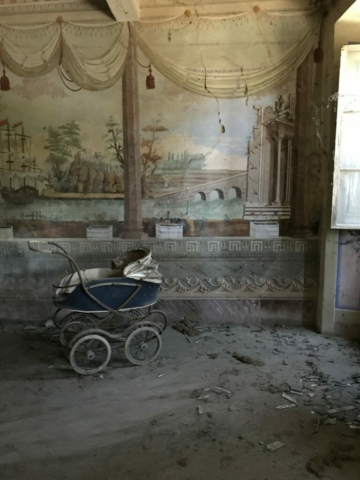 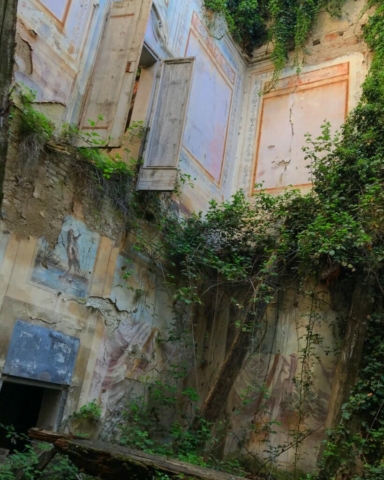 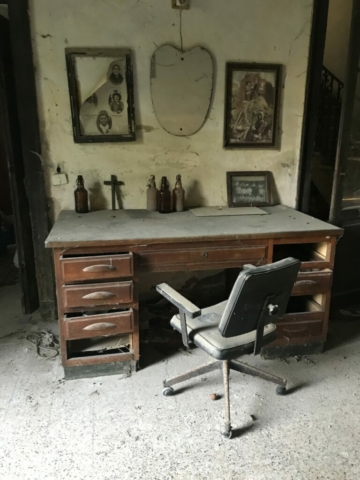 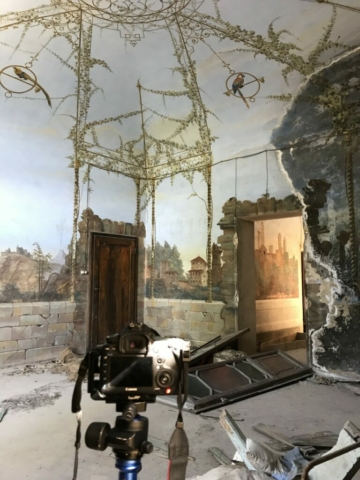 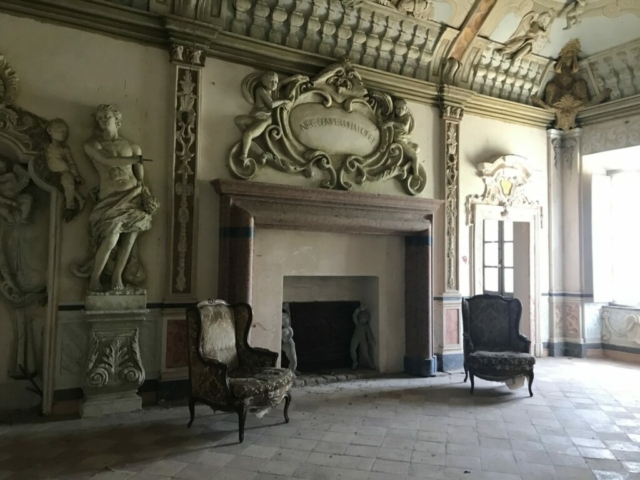 The rooms in this series follow a narrative showing places once filled with life and energy, now deprived of the absence of people. While a few of the rooms still seem joyful, some appear eerie, evoking a sense of loss. The architecture and bursts of colour within these places lead them to feel lively despite their emptiness.

These places now remain abandoned due to natural decay and the aftermath of multiple earthquakes. It was significant to document these locations, depicting the intricate art that lies inside as this may be demolished in years to come, replacing the old with the new.

Whilst shooting this project a vast array of locations were visited including Villas, Churches, Hotels, Chapels, Monasteries, Entertainment Theatres, Schools and Hospitals.